Andy Rachleff is co-founder of venture capital firm “Benchmark Capital” and lecturer at Stanford GSB. Andy Rachleff co-teaches Formation of New Ventures with Mark Leslie and Aligning Start-ups with their Markets with Bill Barnett. In 2008 he co-founded Wealthfront Inc. where he now serves as Executive Chairman. Prior to his 10 years at Benchmark Capital, Andy spent 10 years with Merrill, Pickard, Anderson & Eyre (MPAE).

“How to create business plans”

On Thursday January 24th, 2014, Andy Rachleff gave a keynote speech on “How to create business plans” that eventually turned into a speech full of insights on business innovation. These are his key points:

•    With the fad of lean startup and business model generation, the question arises: Are business plans outdated? They are not. Business plans are a

repository for your hypotheses. Business plans are complementary to the lean startup model. A business plan is used to compel people like investors, potential recruits and potential partners to work with you. Going to the trouble of writing a plan will help you think through the issues much better.
•    A great plan requires a great idea. You need to be able to explain it in 25 words or less (the napkin test), like Tim Robbins constantly asked in the movie “The Player”.
•    As an entrepreneur, you cannot do all the grunt work. You need to let things slip through the cracks. This means you need to apply the Wilfredo Pareto rule (80/20 rule). Note – picture features Pareto (see “Other useful reads”).
•    Each successful company has a critical success factor. For ebay it was catalyzing the network effects, for McKinsey it is hiring and training the best people, for “Pot Belly Sandwiches” is the quality of the sandwiches. You need to spend all your time just on the critical success factor.

•    Without change there is no opportunity. Entrepreneurs wrongly think that they can simply do better than existing companies. You need to leverage a change. For Instagram it was the existence of high quality digital cameras on phones and social networks. They key is to leverage inflection points in technology (maybe in consumer behavior too but it is more difficult). Only in this case do you have a chance as an entrepreneur. In words of a Sequoia partner, “we do not create waves, we back surfboards, the riders of the waves”).
•    Your company must address a pain point. To be really successful, you need to be aspirin, not vitamin (they are good to have, but are not critical). For instance, a good technique for B2B companies is to pull the plug on a proof of concept trial after 30 days. If the client complains but pays, then you know you are solving a pain point. If not, the product is not likely to succeed. With B2C is trickier. If you have a non-advertising based business, you need to charge for your product or service early to determine if you really have a business otherwise you’re wasting your time.
•    A few hints regarding your pitch:

o    Gear the language to the audience, be it investors, employees, etc.
o    Imagine the attention span of the reader (maximum 20 pages)
o    What’s in it for the reader? If it does not add value, drop it.

•    First to product-market-fit is more essential than first-to-market.
•    Think about unfair advantages of a startup with respect to incumbents:

•    I do not spend a minute thinking about competition.  You can’t win by following your competition.
•    The more capital you need, the less likely the success. Make sure you minimize your capital requirement.
•    Position yourself against one competitor, not all. Do not position yourself against the biggest or the best necessarily, position yourself against the one you want to take share from.
•    What kills businesses is the lack of a market, not bad execution.
•    Venture Capitalists love technical risk, but hate market risk because it is the cause of their losses.  That’s why they outsource early stage consumer deals to angels.  Consumer deals have little technical risk and market risk.  The VCs engage once the market risk has been eliminated.
•    Venture capitalists (VCs) do not like low market shares because companies with low market share have low margins. In general, market leaders garner 40% of the market, seconds garner 20% and the third 10%. The 30% left is by the rest… You need to be leader or second if you hope to make money on your investment.
•    When offering projections, make sure they pass the “smell test”.  Does it make intuitive sense?
•    Gross margin is the most attractive source of financing in the technology business.
•    Spend more time on the assumptions. With the creation of Lotus and then Excel, entrepreneurs often spend too much time creating the model and then tweaking the assumptions. Before excel, we spent more time checking the assumptions so we did not have to redo calculations all the time.
•    Check your numbers against comparables. They must make sense.
•    Where does “team” go in your business plan? If you have a star, put the team at the beginning. If not, at the end.
•    Add risk factors only if they are key or unappreciated.
•    What do VCs look for?

•    Every piece of your business plan must be geared to compel the audience.
•    In his experience in technology, the critical element has been the founder’s insight. That is why students fresh from college are generally not good entrepreneurs. They lack the insight that comes with expertise in an industry. They need to find the inflection point in technology, and to do it they require experience, go through rapid change in the industry to spot that inflection point, and meet engineers with the insight.
•    The main qualities of a successful CEO are judgment and leadership (the ability to facilitate and make different people work together).
•    If you have a lousy management team in a great market, market wins.  If you have a great management team and a lousy market, market wins.  If you have a great management team and a great market then something special happens.
•    Mark Leslie said: “Great entrepreneurs want to change the world, build a great company, and make a lot of money.”  I don’t like to back people who only care about making money.
•    90% of the value added of a VC is making the right investment decision. A great board member/VC can often turns a 3x investment into a 6x investment. But that hardly moves the needle.
•    Venture Capitalists don’t hire new partners for their operations experience, but because of the network they have accumulated from building a great reputation (the dealflow you can generate).
•    The first years in a startup should be geared towards learning, not towards executing.
•    A product manager is very different from a product inventor.
•    First figure out the value hypothesis (what are you offering your clients), and then, you figure out the growth hypothesis.
•    A common VC mistake is to think that a market is bad because everybody’s failed. Analyze who and why they failed. This is why “first-to-market” does not matter.
•    Howard Marks (founder of Oaktree Capital management) came up with the consensus matrix:

•    To get big you have to start small. Consider the book crossing the chasm, by Geoffrey Moore:

(From TriplePointpr.com. See “Other useful reads”)

•    The moment you see the competition following you, you know you have won. You cannot win following.
•    One’s greatest strength is also one’s greatest weakness. Exploit it with your competitor. Benchmark Capital wanted to position itself against the VC leader at the time they were founded, Kleiner Perkins. Kleiner’s strengths were John Doerr and their Keiretsu system. We transformed them into their weaknesses, which were:

o    If you were an entrepreneur and you did not get Doerr as your board member, you got disappointed. We built an equal partnership to attract a stronger overall team to combat one star player
o    Unlike the keiretsu system, which pushed Kleiner entrepreneurs to work together, Benchmark took the position that we were willing to help facilitate any transactions you might want to pursue but we wouldn’t overly push you to work with other Benchmark companies.

•    The reputation of the VCs is based on their IPOs, not on their companies that were acquired.
•    Growth hacking is figuring out what is working and doubling the effort on what is working.
•    I never recommend getting into a big company after the GSB (if you are ultimately interested in joining a startup), because the skills you learn are seldom transferable to a small company.
•    Silicon Valley tolerates failure, but it does not look for it. If you already have a failure, do not get into another risky venture. It is imperative that you get success on your resume because you get more credit than you deserve for being at a successful company and less credit than you deserve for being at an unsuccessful company.
•    If a company grows organically at a rapid rate without spending money, it is a sign of product/market fit. 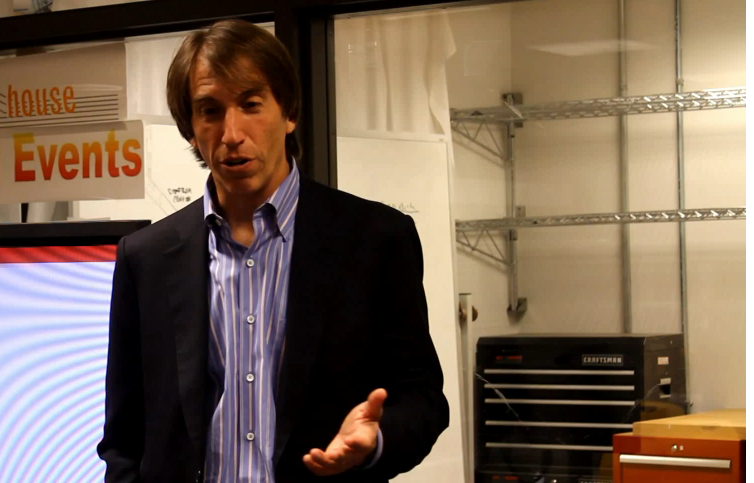